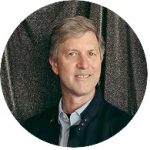 Jung, Gebser, and the Fullness of Time

Notes from Jung’s death-bed vision speak of a line rising, then falling, with the words: “The last fifty years of humanity,” which means we are already well into a post-human epoch, despite its now generally agreed upon name: the Anthropocene. As we accelerate toward the event-horizon of mass extinction and civilizational collapse, time as chronos, according to Gebser, is coming to an end. This end (eschaton), however, is also a sign of the fullness of time (kairos) that was announced at the beginning of what Jung called the Christian (and Piscean) Aion. If there is still meaning to the kairotic vision of a “new heaven and new earth,” a vision which Jung linked to the ongoing incarnation or individuation of the archetypal Self, it will involve something like Gebser’s intuition of the integral mutation and its associated “time-freedom” (achronon). Drawing on my ongoing reflections on the evolution of consciousness, this talk explores resonances between the insights of Jung and Gebser as they bear upon our intensifying moment of planetary initiation into the fullness of time.