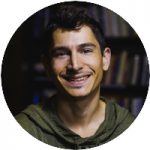 Uncovering the Unconscious: Toward an Integral Psychology

How is depth psychology to proceed if its foundational hypothesis admits the existence of an autonomously functioning unconscious? Gebser recognized this difficultly, and though he had the highest respect for Jung’s work, he nonetheless called into question the concept of the unconscious (EPO 204). Gebser rejects entirely the dualistic framework, wherein consciousness is opposed to an unconscious. Jung himself rarely if ever collapsed the psychic terrain into so neat a dichotomy, but Gebser’s phenomenology of consciousness in terms of a potentially ever-present, and yet also historically unfolding series of structures assures that such a rationalistic reduction is avoided. In this paper, both Gebser and Rudolf Steiner will provide important additions and amendments to Jung’s psychology that avoid the undue reduction of spiritual realities to psychic projections. An integral psychology must enter conscious dialogue with the archetypal energies of the soul, re-connecting with its magic powers of synchronicity and mythic powers of polarity so as to heal the dualistic split our mental-rational civilization has hewn between cosmic and human intelligences. Jung’s practice of “active imagination,” as artfully displayed in The Red Book, provides a working example of how this dialogue can be initiated and sustained.