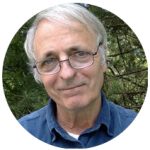 Image as Living Nature: Jung’s Notion of the Soul, and Gebser’s Pluralistic Vision of Consciousness

In assimilating to the dominant mythic framework governing Modern thought, one in which the totality of phenomenal existence are imagined to be subsumable within a single mode of consciousness, psychology has undercut its access to the very phenomenon from which it derived justification for its existence, the soul. This process has resulted in a dismemberment of the souls inherent unity, and has severed humanity from an understanding of nature as a fully living and relatable phenomenon. The work of Jean Gebser, (1905-1973), drew attention to the existence of a plurality of modes of experiencing within human consciousness, and articulated their functional relationship to aspects of existence to which their natures correspond. In bringing us an expanded viewpoint from which to engage nature it called into question the legitimacy of the hegemonic stance of the scientistic  myth as a defining paradigm with regard  to the soul. By contrast a genuine discipline of the soul, entails the capacity to entertain the interrelationships existing between diverse modes of within consciousness and in understanding their creative expression as a fully articulate voice of the soul. Jung called this articulation “Image”. In this presentation, Jungian Analyst Mark Dean, will guide the audience through a series of images taken from an analytic case in order to illustrate how diverse modes of consciousness naturally constellate in the self-articulation of psychological life.