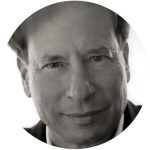 The founding fathers of the United States hoped they had created an integral unitive consciousness in establishing our nation; however, this was an illusion. For one, there were many shadow elements that were ignored in the founding of the nation, such as the participation of women and people of color. The national identity also quickly split, amoeba-like, into two competing expressions, eventually becoming the Democratic and Republican parties. The parties have been engaged in a dance of the opposites ever since, which has resulted in a surreptitious switching of places on the dance floor since their formation. The parties are now breaking down, fragmenting from within, mirroring the chaos and strife in the nation. The election of Donald Trump has served as a catalyst in speeding things up, uncovering what has been hidden all along. He is, however unwittingly, serving to devolve consciousness in order to evolve a higher-level integration. Is this the seed of an emergent integral consciousness? This one-hour group dialogue explores this possibility.

A dialogue circle is an inherently inclusive method of group knowledge construction based on deep listening. The purpose of dialogue is to expose unexamined assumptions, biases, and peculiar perspectives that silently inform our belief systems, opening pathways for fresh and original insights.