Jean Gebser (1905-1973) was a German poet, philosopher, and phenomenologist of consciousness. He is best known for his magisterial opus, The Ever-Present Origin(Ursprung und Gegenwart, 1949-1953), in which he articulates the structures and mutations of consciousness underpinning the pivotal shifts in human civilisation. Gebser’s key insight was that as consciousness mutates toward its innate integrality, it drastically restructures human ontology and with it civilisation as a whole. Five hundred years before Christ, the fundamental mode of reality-perception mutated from mythosto logos through the agency of figures such as Socrates, Siddharta, and Lao Tzu. For Gebser, we are on the cusp of a new mutation, presaged by figures such as Rainer Maria Rilke, who in Gebser’s view passed through “things” into the integral, transparent lucidity “behind” things, thus breaking through to a new, aperspectival perception of reality. Not only do we stand amidst the final death-throes of the deficient, declining mental-rational ontology, which atomises culture and consciousness day by day, we also stand on the threshold of a new consciousness that is capable of revolutionising the spiritual foundations of human civilisation. The task of crystallising the integral world out of the prevailing cultural dissolution stands before us. Indeed, it is perhaps more pertinent now than it was when Gebser first articulated it.

To know more about the work of Gebser: Seeing Through the World: Jean Gebser and Integral Consciousness 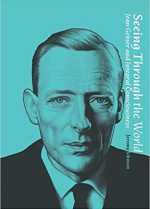