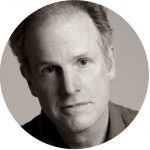 The point of historic emergenc(e/y) we find ourselves presently facing is a global matter. Even so, America remains a leading character in the ongoing drama of human destiny. In this talk, I wish to approach the present world-crisis from a peculiarly American perspective, and inquire how the insights of two European thinkers may help catalyze a revisioning of the American mythos. The efficacy of that approach depends upon bringing Jung and Gebser into dialogue with American poets and thinkers who have offered critical articulations of the American mythos, a central feature of which has always been the motif of a decisive break from the past, a novel departure from (European) history, a discovery of the New World.

How can we revive that languishing mythos today, and do so in a way that takes into account factors (slavery, the annihilation of native populations) historically repressed in the original formulation of the idea of the New World? Can the “democratic vistas” of a Walt Whitman and the visionary philosophy of an Emerson be conscientiously recovered so as to re-discover an America founded upon—not rabid materialism—but what Emerson called “the doctrine of soul”? Can James Hillman’s poetic soul-centered revisioning of depth psychology be understood as a point of nodal connection between Jung, Gebser, and American history, one that can help guide us toward a New World emergent from the coal dust of the old?